Series of uniquely soothing sensory videos created under the 360 Hong Kong Moments initiative by the Hong Kong Tourism Board (HKTB), which has managed to capture and bottle the city’s auditory essence into highly immersive and pleasurable viewing experiences. A highlight of the Great Outdoors Hong Kong (GOHK) 2021-2022 summer campaign, four distinctly themed Autonomous Sensory Meridian Response (ASMR) videos will each feature 30-second snapshots of dreamy environmental acoustics heard in far-flung corners of the city. The videos are designed to stimulate the senses and to heighten one’s sensitivity to the harmonic countryside symphonies just a stone’s throw from the city.

ASMR in Peng Chau invokes a ship’s horn, a temple’s chimes and the hypnotic kau cim (shaking of fortune sticks). Swaying leaves, dripping waterfalls, chirping birds and flapping wings angle for attention in ASMR in Shing Mun Reservoir. ASMR in Stanley spans splashing in the ocean and swooshing open a paper fan, to biting into a piece of deliciously warm French toast at a local cha chaan teng diner. Finally, ASMR in Sai Kung delves into the myriad tones and timbres of the open sea, which can be encountered during a lone stand-up paddle-boarding session.

Both calming and provoking, the video series stars curious individuals exploring the outskirts of Hong Kong through a hyper-focused lens, and culminates in a three-minute magnum opus, which brings all the contrasting elements together into one beautifully euphoric whole.

The ASMR videos form part of the broader GOHK summer campaign, which will also showcase 13 seasonal routes, covering hiking and sightseeing destinations, island-hopping itineraries and water sports experiences. A particular focus is water-based activities, which are easily accessible but often overlooked by visitors who might not be well acquainted with the green side of Hong Kong. For summer, recommendations include kayaking and snorkelling near Hong Kong UNESCO Global Geopark in Sai Kung, the city’s back garden. 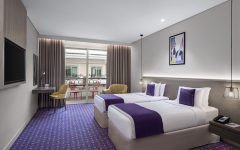 The Resivation Managed By Leva to open doors this summer 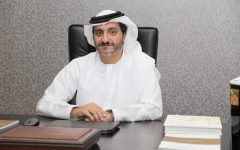